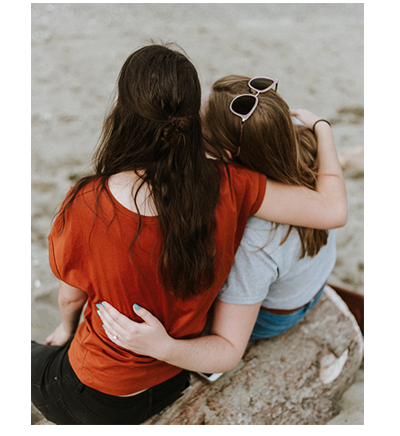 Below is a selection of articles that you may find useful. Please note that any information or opinion expressed is strictly the responsibility of the respective authors.

About one-third of patients with epilepsy continue to experience seizures despite medication. The only treatment that has significant and proven potential to cure epilepsy at the current time is the removal of the portion of the brain that generates the seizures. A significant portion of patients with seizures despite medication will be candidates for this curative epilepsy surgery, especially those with seizures arising from their temporal lobe, the most common seizure focus in adults. Removing a portion of the temporal lobe in these patients is a proven, well-established procedure. In good candidates, this surgery results in freedom from seizures in 80% of cases. It is one of the most successful and proven neurosurgical procedures, and one of the few examples in medicine in which a chronic disorder can be cured.

What about those who are not candidates for surgery, or who continue to have seizures after epilepsy surgery? One of the upcoming novel treatments is brain stimulation. Currently, the only form of stimulation approved for treating epilepsy is vagus nerve stimulation, in which a nerve in the neck is stimulated electrically, and signals are transmitted up the nerve to the brain. The development of this treatment was an important advance, and the vagus nerve stimulator is a useful treatment. However, it rarely results in complete seizure freedom. Thus, there is a need for improvement.

There are multiple forms of direct brain stimulation currently under investigation in people with epilepsy, including deep brain stimulation, responsive neurostimulation, and transcranial magnetic stimulation; none of these is proven or approved at the current time. All three methods are being studied in patients with focal seizures (seizures that start in one part of the brain). The first two involve permanently implanted devices and can be used in patients with more than one seizure focus.

A large, multicenter clinical trial of deep brain stimulation recently completed enrollment, and results should be available in the coming year. In this trial (known as SANTE, for Stimulation of the Anterior Nucleus of the Thalamus for Epilepsy), the device that is approved for the treatment of Parkinson Disease was used but placed in the front portion of the thalamus, a structure deep in the brain that is important in seizure generation and seizure spread. One probe was placed on each side of the thalamus, and stimulation was given intermittently (usually 1 minute every 5 minutes). The battery and generator for this device are implanted in the chest wall similar to the vagus nerve stimulator or a pacemaker (see Figure 1). Safety in the study has been quite good to date, and there was enough evidence of efficacy at the midway point to allow completion of the trial. This treatment can be used even when seizures arise from multiple sites, and the exact areas from which seizures arise do not need to be determined.

The other major multicenter brain stimulation trial, known as RNS for Responsive NeuroStimulation, is still enrolling now. In this trial, permanently implanted electrodes are placed on the surface of the brain or into the brain tissue at the exact site or sites (up to two) from which seizures arise in the brain. Brain activity is continuously monitored via an implanted mini-computer in the device, and when abnormal activity is seen, it “responsively” stimulates the surrounding area to prevent the generation of a full, clinical seizure. When the device is working as intended, the patient will never know a seizure tried to start or that they received stimulation. Safety and feasibility were proven in preliminary trials, and the pivotal efficacy trial is underway at 28 centers, including one in New York City (Columbia University, contact sdone@neuro.columbia.edu). The battery, computer, and generator are implanted in the skull (see Figure 2), leaving no signs of surgery or a device after the overlying hair grows back. Patients can download recordings of their brain waves, including during seizures, onto a laptop via a wand held over the skull, and can then upload the data onto a website for their physicians to review.

Transcranial magnetic stimulation is not quite as far in its development for the treatment of seizures as the other two stimulation techniques, but it is a non-invasive way of stimulating or inhibiting parts of the brain (mainly the superficial portions, i.e. those just beneath the skull). A handheld generator is held over the skull and the brain is stimulated with a magnetic pulse. It is usually painless and is done several times a week for several weeks. There is some preliminary evidence that it can decrease seizures in select patients, and additional small studies are underway.

All of these technologies are somewhat early in development, and investigators have much to learn about the ideal placement, stimulation settings, and so on. But they are all quite promising, and none involves removing any portion of the brain. There are related novel techniques being studied such as responsive brain cooling or drug delivery directly to a specific portion of the brain. As technology improves and experience is gained, these treatments and others will become more practical and more effective. Thus, for those with epilepsy that cannot be fully controlled today, the future is indeed bright. 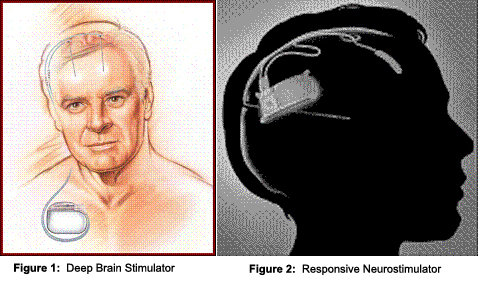 A question frequently asked of professionals by people with epilepsy (or by their loved ones) is “will I die from a seizure”? While the answer to that question is in general no, there is a condition associated with epilepsy that may be seizure-related which has caused increasing concern among families of people with epilepsy. This is a condition in which a person with seizures is found dead, frequently in bed, and without any obvious cause of death being identified despite full medical evaluation. There is at times some evidence of a recent seizure (bitten tongue for example) but this is not always the case. This condition is termed Sudden Unexpected Death in Epilepsy.

Sudden unexpected death in epilepsy (SUDEP) is one of the most frequently identified epilepsy-related causes of death. SUDEP occurs in about 4 of 10,000 people each year with new-onset epilepsy or in those with well-controlled seizures. This is similar to that seen in the general population. The frequency is considerably higher in people with chronic and uncontrolled epilepsy. In those with occasional seizures, 1 or two people per 1000 will die each year, and in those with severe, refractory seizures, up to 5 or 6 per thousand will die. SUDEP may occur at any age, but occurs most frequently in those between age 20 and 40 years of age, and maybe more frequent in women.

Most SUDEP appears to be related to seizures. When witnessed, the fatal event generally occurred in association with a generalized tonic-clonic seizure. Two recent studies suggest that the frequencies of seizures, particularly generalized tonic clonic seizures are the strongest risk factor for SUDEP. People with one or more seizures a year are at a 20 fold increase in risk for SUDEP when compared with those who are free of seizures and this risk seems to increase with increasing numbers of yearly seizures. The onset of epilepsy at an early age and the long duration of the disorder are other risk factors. Although SUDEP has not been associated with the use of any particular antiepileptic drug, some studies have reported an increased risk in those taking multiple AEDs. This is independent of seizure frequency. Frequent dose changes are also associated with an increased risk.

Although recent studies have been helpful in identifying people at risk for SUDEP, providing clues to mechanisms behind SUDEP, no single risk factor is common to all SUDEP, and it is likely that there are multiple causes of SUDEP. The underlying mechanism may be primarily cardiac with seizures (or a brain abnormality) triggering a cardiac arrhythmia but there is also strong evidence that the initial mechanism may be related to a primary respiratory failure. Further studies are needed to develop a better understanding of the basic mechanisms of SUDEP and to improve treatment strategies to prevent SUDEP.

Since there is a risk for SUDEP varies depending on individual profiles, people with epilepsy and concerned family members should discuss the risk for SUDEP with their physician. Nonetheless, good seizure control seems of paramount importance to prevent SUDEP, and the person with epilepsy and their physician should strive to optimize seizure control.